Surprise! The Bachelorette just revealed all 33 men who could be competing for Hannah Brown‘s heart on the newest season of the reality dating show.

The Alabama native, 24, was announced as the new Bachelorette on Tuesday night, and on Wednesday night the show’s Facebook page shared its earliest-ever glimpse at the men hoping to win Brown’s love.

“For the first time ever, we are giving you an early look at the men who may be on #TheBachelorette,” stated the Facebook post

From the early photos, we learned that the 33 guys range in age from 23 to 33 — and there’s even one who hails from Brown’s home state of Alabama!

Brown was announced as the new Bachelorette during the live After the Final Rose conclusion to Colton Underwood‘s season of The Bachelor.

“I feel all the emotions,” she said after sitting down with host Chris Harrison on the show. “But honestly, I’m just really grateful for this opportunity.”

Let Worlddraft Blog keep informing you in every latest post, Subscribe below and be apart of our Amazing newsletter receivers

“My family has been really supportive of me and is really happy,” she continued. “They have made me who I am and so they trust me and love me and ultimately want me to have love, too.”

The show then aired footage of Brown bursting into tears after finding out the news via FaceTime with Harrison a few weeks ago.

“It didn’t happen for me with my first time around, but I do believe that it can happen,” she said, tearing up after watching the clip. “I’m just really so grateful and honored that people saw my heart and that I get to continue showing that and that somebody will hopefully share their heart with me.”

Cam immediately stood out after he performed a rap that he had written in honor of Brown.

this link opens in a new tabABC/John Fleenor

Following each of the introductions, Harrison revealed that — for the first time ever — the finale would be hosting a live rose ceremony, and when it came time to give the first rose, Cam’s rapping skills secured him the coveted flower.

“Cam… how you pumped up the jams, that was awesome,” Brown told him before pinning his rose.

Earlier this week, Brown opened up to PEOPLE about appearing on Underwood’s season and becoming the new Bachelorette.

“I didn’t end up with Colton, but I ended up loving myself more,” she said. “I came into that show as someone who wasn’t as open as I am now. I was terrified to be my true self because I felt that it wasn’t enough. But I allowed myself to break down those walls.”

Now, as she readies herself to meet a crop of eligible men, the former beauty queen says she doesn’t have a type but is looking for “someone with a good heart,” adding that she’s ready for an engagement.

“This is something I really believe in,” Brown told PEOPLE. “And at the end of the day, I want somebody who loves me and chooses me. I’m ready for my moment.”

You may have missed 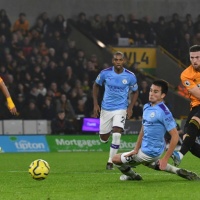